Spain: the world’s reigning “King” of lemons is now here

Everything is ready in the forest of more than twelve million lemon trees for the start of a momentous season: 20,000 people will work to produce, harvest and distribute Spanish lemons. More than 30,000 lorries will deliver the precious citrus fruit to the farthest corners of Europe in less than 48 hours!

(Murcia–September 2021). Spain, the undisputed “King” of fresh lemons in both Europe and the world, begins a new harvesting season this September with good quality and a lower production than in previous years, but ready to consolidate its clear leadership position in the market. “We are prepared to face any difficulties, to protect and respect the environment and sustainability. We are ready to start producing and bringing prestigious Spanish lemons to the toughest markets”, explains the president of the Spanish Lemon and Grapefruit Interprofessional Association (AILIMPO), José Hernández. 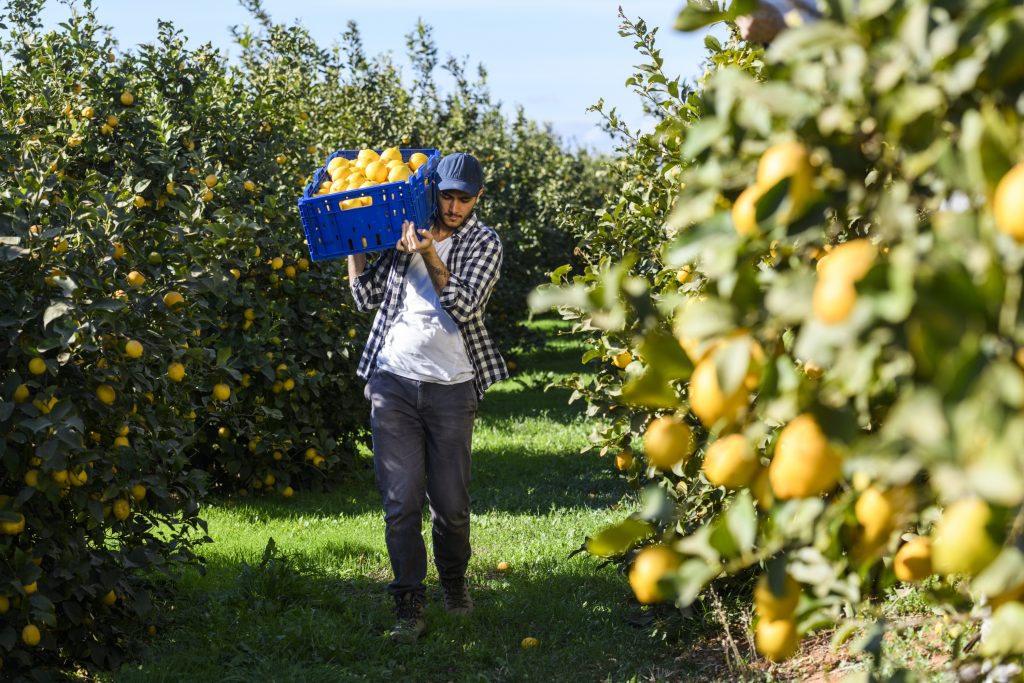 The first crop estimate made by this sector forecasts 1,035,000 tonnes for the 2021-2022 season, 23% less than the previous year for climate-related reasons (with spells of cold, wind and excessive rain that affected fruit flowering and setting in some areas), although this will not slow down Spanish lemons in their race for international markets: they continue to cross borders worldwide, winning over the taste buds of more and more consumers.

In our country, this citrus fruit, an “elixir” and source of a large number of health benefits, is gaining followers among millions of consumers to the point that 97% of Spaniards consume it, with a high frequency of between 2 and 4 times a week. In its battle for the market, it is a natural food that is fat-free, salt-free and low in sugars and sodium, although if there is one thing that typifies lemons, it is their high vitamin C content: One and a half lemons a day will provide the necessary daily intake our immune system needs to function normally!

Meanwhile, producers and retailers in Spain exhibit and “squeeze” market opportunities. As a competitive advantage, the lemon is a world retail leader because it has a highly controlled distribution system that guarantees maximum freshness. In fact, 48 hours is the average time it takes for a lemon produced in Spain to go from the tree to the shelves of any supermarket in Europe.

Spain also has a forest of more than twelve million trees throughout the Spanish Mediterranean basin. A natural “lung”, moreover, which retains a total of 360,550 tonnes of CO2 per year and contributes, on the front line, to combating climate change and halting the advance of desertification, the Association emphasises.

“Spain’s lemons, as its main potential, differs from its competitors in other countries because it is part of a stringent production model that ensures the highest quality and food safety standards worldwide. A very strict system of traceability from the field to the table which ensures that European lemons are healthy, safe, of the highest quality and produced with a low environmental impact”, AILIMPO points out. Without forgetting that more than 20,000 workers give life to this industry and to the product, which is shipped by more than 30,000 lorries to the farthest corners of Europe, and which is increasingly opening up to tough markets such as the USA and Canada.

Increasingly internationally oriented, optimism prevails in the run-up to a campaign that offers great opportunities for economic development, especially in areas of the Region of Murcia, Andalusia and Valencia. With the “wind in its sails”, the sector is speeding up its successful promotional campaign that is taking European, and therefore Spanish, lemons around the world. It should be noted that Welcome to the Lemon Age is the most ambitious promotion, information and publicity campaign in the history of the European lemon of Spanish origin, which includes actions over three years in five countries (Spain, France, Germany, the United States and Canada).

Spain, with an average production of about 1,000,000 tonnes per year, accounts for more than 60% of European production. “Our country will continue in 2021/2022 to be the leading exporter of fresh lemons, and the second largest processor of lemon juice, essential oil and dehydrated peel in the world”, the president of the Association has said.

Spain is, in short, the leading producer in Europe and one of the largest producers on the planet; the leading international supplier of fresh lemons; and the world’s second largest producer of both fresh and processed lemons, with a business volume of more than 700 million euros.

AILIMPO is a national interprofessional organisation based in Murcia and officially recognised by the Spanish Ministry of Agriculture, Fisheries and Food and the European Commission which represents the economic interests of producers, cooperatives, exporters and industrialists of lemon and grapefruit in Spain. A sector in which Spain is the world leader in fresh exports and holds second place in the ranking of processing countries. It has an annual turnover of 700 million euros, generates 20,000 direct jobs and turnover in ancillary industries of more than 250 million euros.